Gutted by fire, a former mill was preserved and adapted for new residences

This project is an adaptive re-use and addition to the original Humboldt Mill. The former mill was gutted by fire and all that was left standing were the original limestone walls. The new structural system, which consisted of post-tensioned concrete flat slabs, was built within the remnant walls 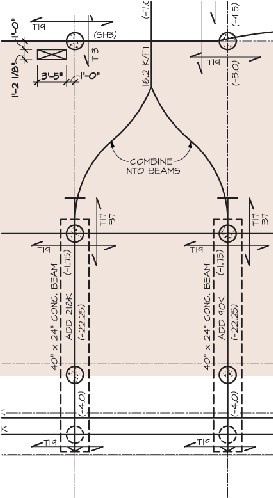 in a manner that braced and stabilized the original limestone but did not transfer gravity loads to the walls. Five new floor levels were built within the existing building and nine levels of new construction was added adjacent to the original mill. 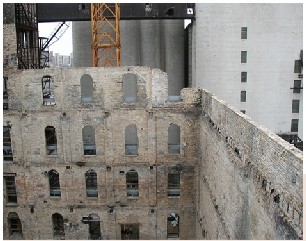 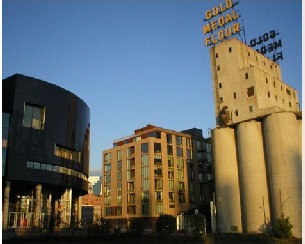