Police and Fire combined in a new, expansive facility

The City of New Brighton’s Public Safety Center was built on the site of the original 1947 fire station and houses both the Police and Fire departments. While the original structure had to be razed to improve the facilities, several elements of the building were saved and moved into the new

—including the original bell, which now hangs from the tower above the station’s garage. The Police department also benefited from the new facility with a firing range and combining the Emergency Management in one building. 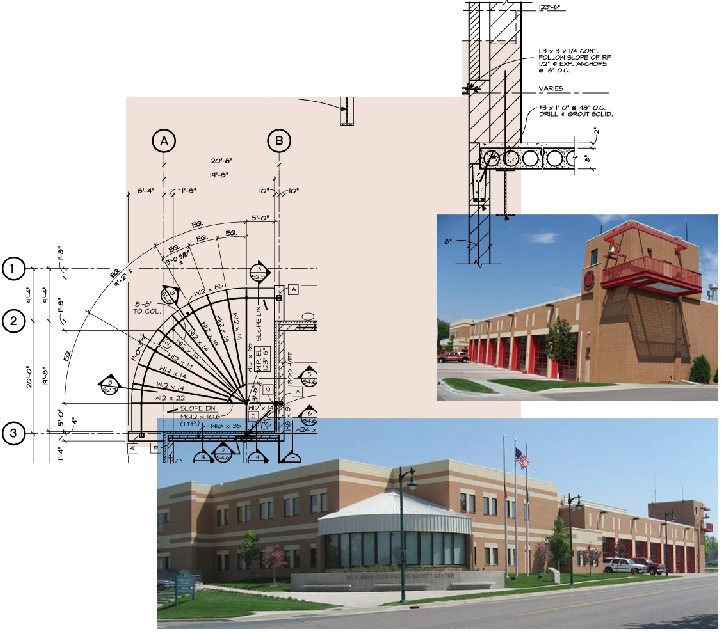